After a bumpy start to the new year, things are beginning to look up. I’m cautiously optimistic that things will continue with this trend depending on what fresh hell the inauguration brings next week.

My niece was FINALLY able to have the surgery she so desperately needed last Wednesday. What was supposed to be a two hour procedure turned into a three and a half hour procedure with an incision from her sternum to her pubic bone so they could open her up and literally wash out the infection. Like lift her organs outside of her body to wash them before putting them back. The doctor himself doesn’t even know how she survived, but she did.

She’s doing really well, and for that I am thankful. She’s supposed to come home today which makes me a little bit wary. Last time Golden Hospital released her early she wasn’t ready and everything got a million times worse. This time she doesn’t have the infection ravaging her body anymore, so that’s a plus, but she’s been on morphine (rightly so literally being sawed in half and insides on the outside poked and prodded) and we’re worried that once she gets out of the hospital and back to tiny town in the middle of the pandemic with no job and no pain management she will spiral into continued addiction.

It definitely does not help that her next door neighbor is a known drug dealer who has been caught and prosecuted once, but continues to ply his trade regardless. That, combined with the family and their “support” I am terrified for her. She already struggles with bipolar depression. Adding all of this on top of it is like the worst case scenario. Everyone says she seems upbeat and positive about the entire experience, but these are the same family members who never noticed her cutting or mental distress during middle school either. The people who completely ignored her suffering after being sexually assaulted, and the same people who neglected her medical care until she literally almost died simply because they did not want her pregnancy to progress and were secretly hoping for a miscarriage.

12 weeks pregnant, abdominal pain? Oh, well it’s probably just a miscarriage. Sorry. *continues to neglect obvious signs that the girl is in clear medical distress until she ends up with major surgery and long term hospital care* OH MY GOD MY CHILD IS DYING AND IT’S THE HOSPITAL’S NEGLECT THAT CAUSED IT.

I am so glad that this side of the “family” neglected to really form relationships with my kids now, and I can guarantee they will never be in charge of my kids for more than an hour to two at most. Which is sad, in one respect, but obviously better for their mental health in the long run. I can’t believe my family is the more stable/reliable/healthy of the two. I never thought I would say that. It’s still kind of a lot to accept, but at least I can be thankful that I have SOMEWHERE to go for help with the kids. Even if it isn’t entirely ideal. 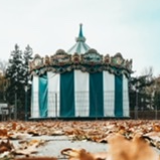 By A Tiny Circus